The Fast Snowmobiles from Ski-Doo, Polaris and Yamaha Tested

Since the creation of the first snowmobile, the industry has grown so much that we are talking in ciphers of tens of thousands of dollars. For a relatively obscure winter pastime – it’s great. But is snowmobiling more than just a pastime.

Snowmobiling is without a doubt a sport. It wasn’t one when the activity first started – it was just a recreational activity for colder parts of the world – but with the development of technology and the growing popularity of snowmobiling, it has since become a sport.

Although still globally obscure, snowmobiling is represented by several international competitions and events. The most popular among these events is – without a doubt – the International 500 (also called “the Soo-500”), driven in Sault Ste. Marie, Michigan. 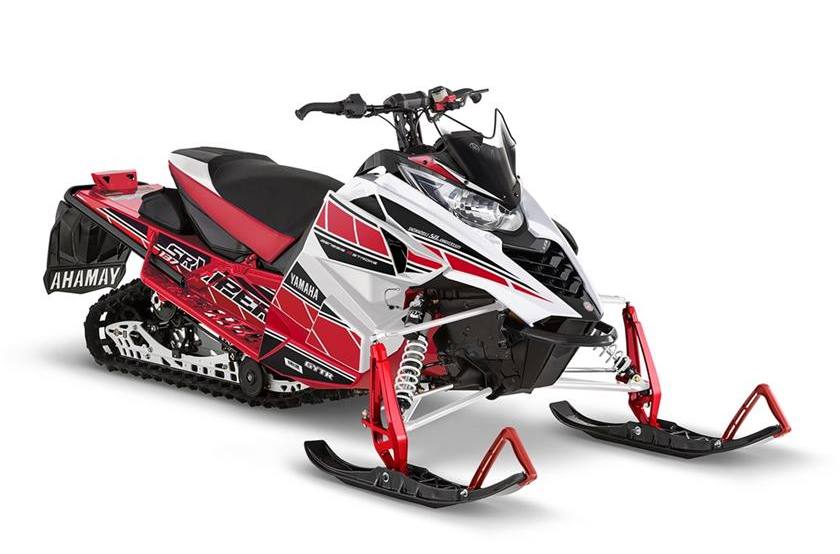 The first to arrive was a Yamaha Sidewinder L-TX LE 50th Anniversary edition. Even at rest, it looks ready to devour more powder than Al Pacino in Scarface. Less knowledgeable staffers’ jaws dropped when they learned the turbocharged inline-three, tucked into a sled that weighs just 662 pounds, produces 204 horsepower at a 911 GT3–like 8850 rpm. 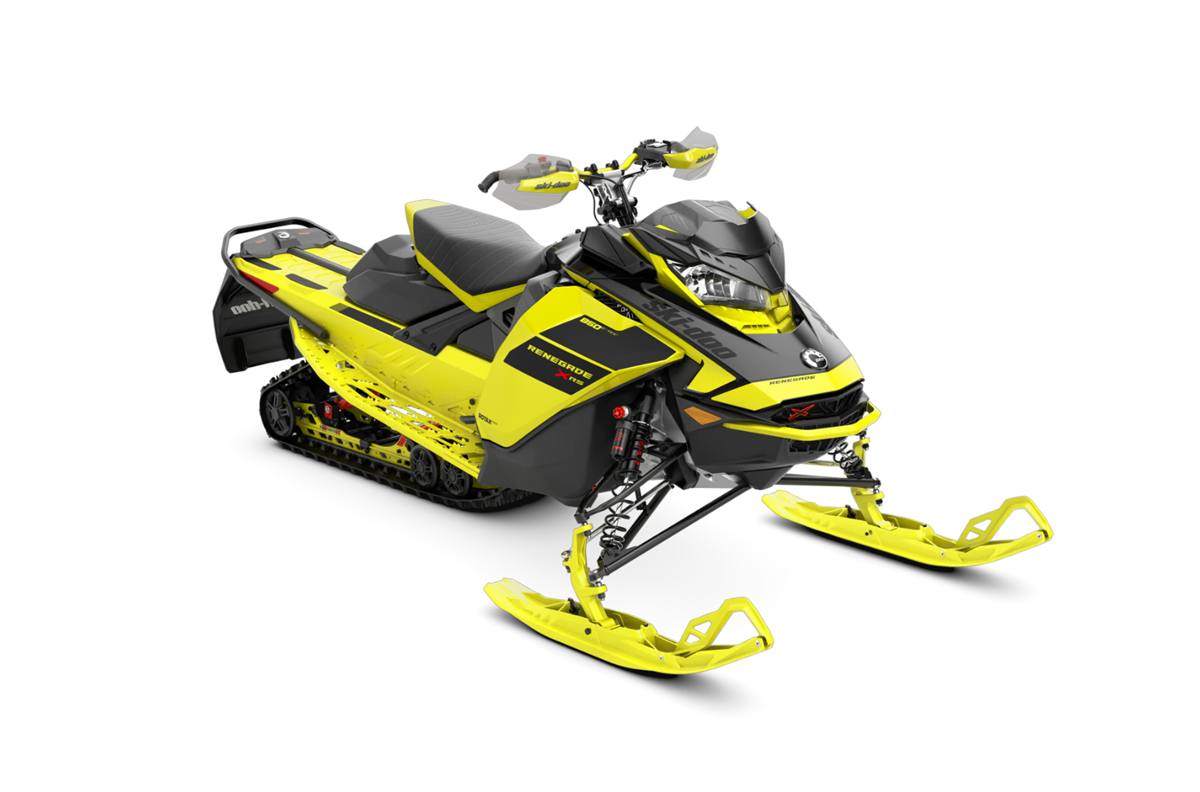 To put the Yamaha hypersled in context, Ski-Doo provided a second Renegade powered by a turbocharged inline-three. Bombardier Recreational Products is a leader in two-stroke technology and owns Ski-Doo as well as Sea-Doo, Can-Am, and engine brands Evinrude and Rotax. With both port and direct fuel injection—just like the Corvette ZR1!—the 849-cc two-stroke inline-two in the Renegade Adrenaline manages 165 horsepower. Our next two specimens hail from Canada’s Ski-Doo brand. The company’s first boosted four-stroke offering in the snowmobile world, this 899-cc triple is good for 150 horsepower. The Renegade X-RS comes bearing a detuned race chassis wrapped in bodywork that looks as if it had been plucked off a factory race hauler. 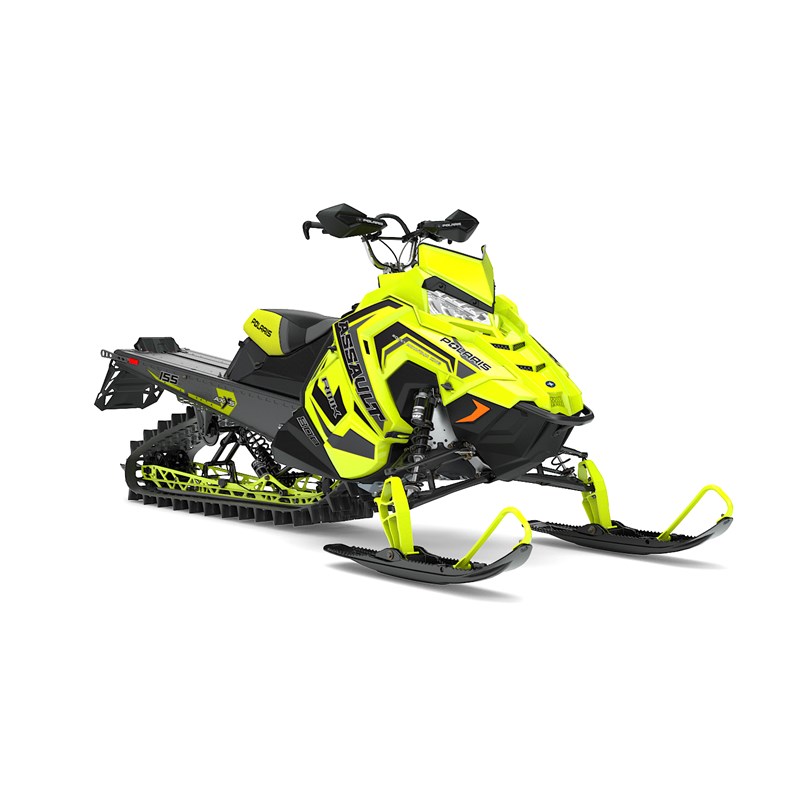 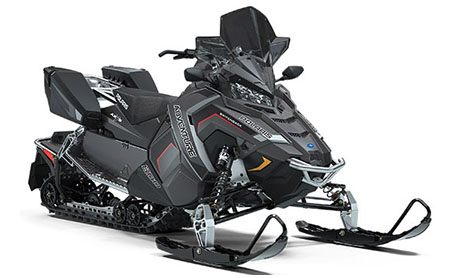 It’s powered by a two-stroke inline-two, this one using only port injection to produce its 155 horsepower. We tried to include an Arctic Cat in our lineup, but in the days leading up to our adventure, the phone line went silent. With the trailer loaded, we headed north to the 45th parallel, which dissects Gaylord, Michigan, to pick up our fourth and last snowmobile. The black and lime-green Polaris 800 Rush Pro-S has a very different look from the rest of the machines. It’s shorter and narrower than the three others, with bizarro rear-suspension geometry and a stubbier track. 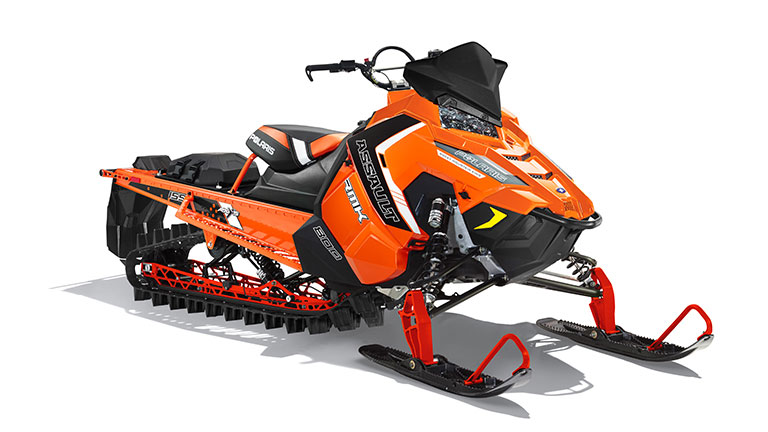 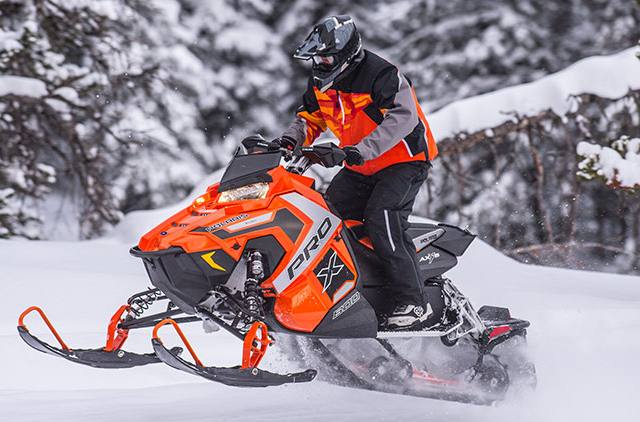 Our initial plan was to embark on a backpack journey from the 45th, ride north to the Mackinac Bridge, pay the toll to be trailered across the Mighty Mac, and continue across the Upper Peninsula (a.k.a. the U.P., home of the world-infamous Yooper) to the shores of Lake Superior.

Riding a snowmobile is far more physical than newcomers expect. You don’t just sit back and steer—you use your body to bully the rear track around as if you’re on a big, stubborn motorcycle. The Polaris is the most playful of the bunch, its motocross-like seating position and shorter track granting the rider better leverage and less resistance to movement. Our novice pilots were least comfortable on it, but for someone with a little experience, it’s a hoot to shoot from corner to corner, listening to the gasp of air rushing through the intake. Polaris’s 794-cc engine isn’t as refined as Ski-Doo’s two-stroke, and it has a mighty thirst for gasoline. (Unfortunately, the brand’s new 840-cc mill was unavailable at the time of our ride.) But while its engine lags in tech, the Polaris came with an optional infotainment system that cleverly integrates a digital speedometer and tachometer, trail maps, Bluetooth-audio controls, and the ability to record throttle inputs and rpm to assist in fine-tuning the CVT clutching.

The Game Sepak Takraw in Bangkok you Need to Know