Most Remarkable Biggest Trees in the United States 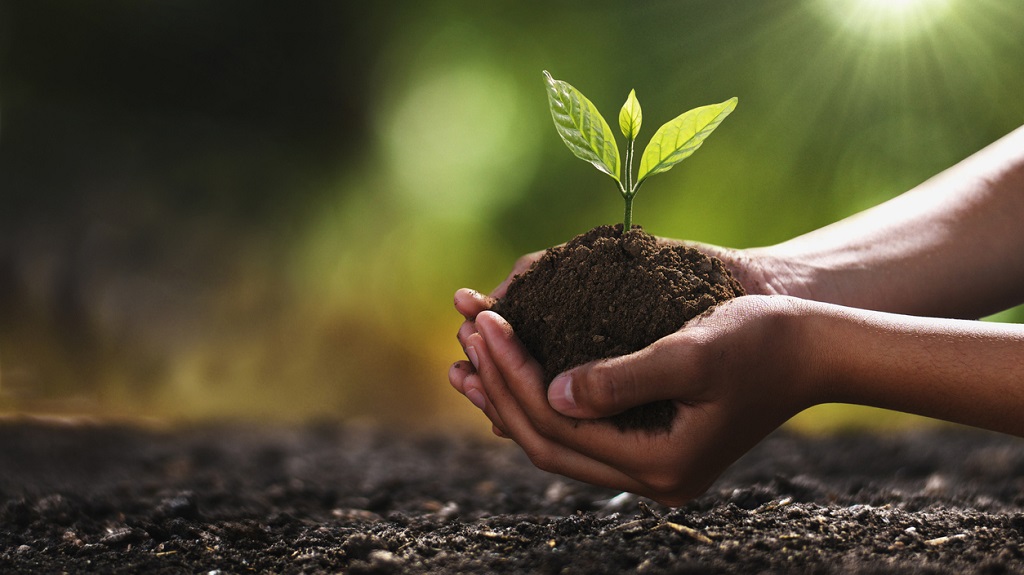 Remarkable Trees in the United States

Trees are vital parts of their ecosystems and are important contributors to the environment by providing habitats for wildlife, improving air quality, conserving water, and preventing soil erosion.

American Forests launched a campaign to locate the largest living specimens of American trees. The campaign to find America’s largest trees grew from a desire to protect and preserve them for future generations. The trees people hunted for were scattered through forest and field, along roadways, and in backyards.

All trees are worthy of respect, but the following stand out as just a few of the many especially significant ones. They are the centers around which stories take place.

Visit the forests in National Geographic Guide to the National Parks of the United States, 8th Edition., or plan a trip to marvel at these famous trees. 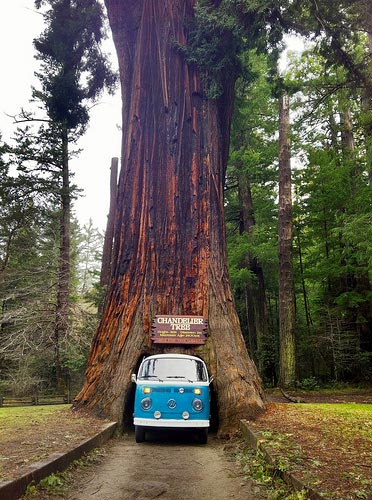 The Chandelier Tree in Drive-Thru Tree Park is a 276-foot (84 m) tall coast redwood tree in Leggett, California with a 6-foot (1.8 m) wide by 6-foot-9-inch (2.06 m) high hole cut through its base to allow a car to drive through. Its base measures 16 ft (4.9 m) diameter at breast height (chest-high). The sign claims 315 ft. high and 21 ft. wide, but a Certified Arborist experienced with tallest redwoods 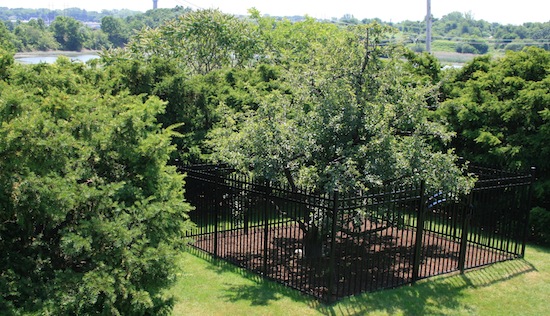 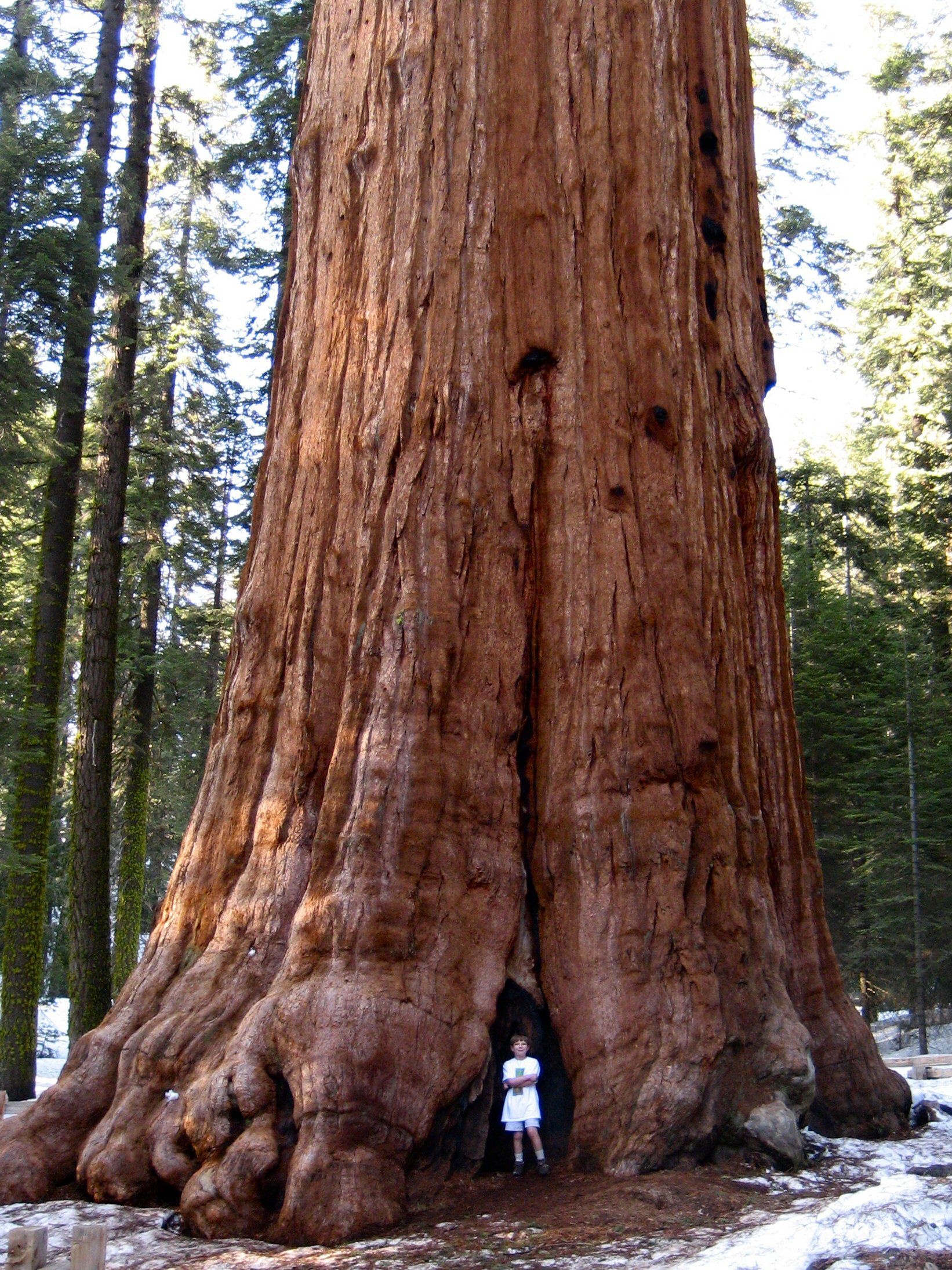 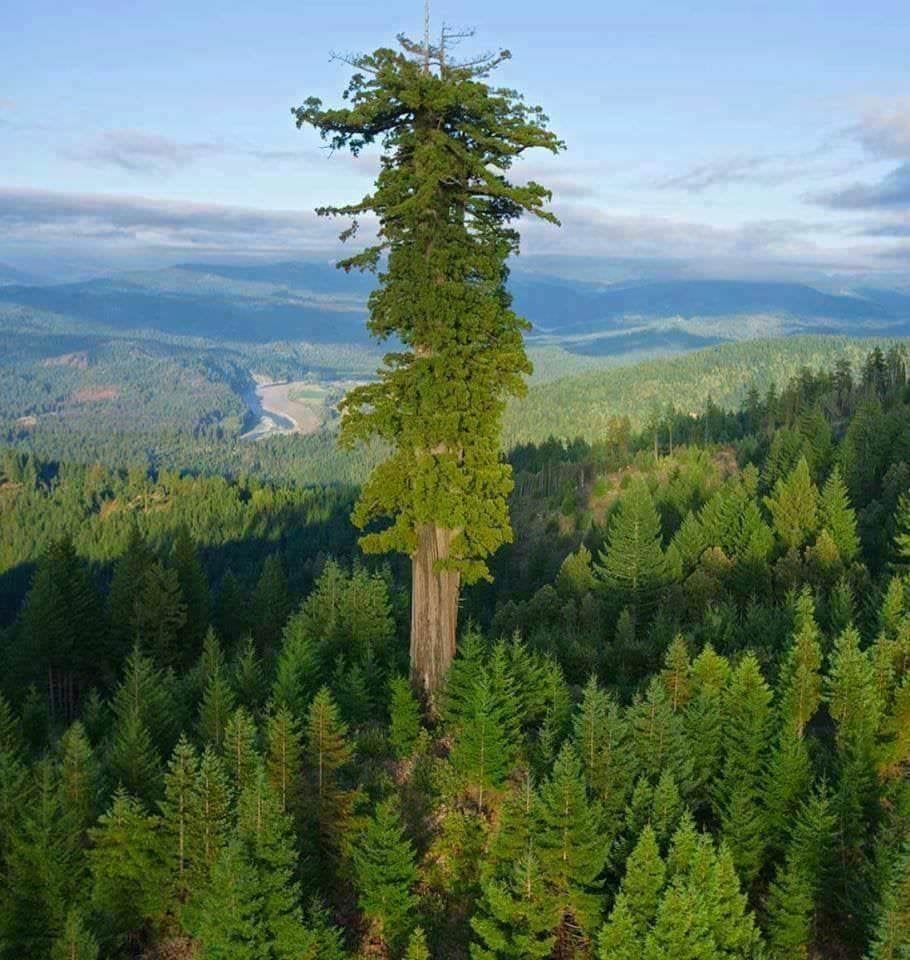 Hyperion, beats all other living trees on the planet when it comes to height.

Hyperion is a coast redwood (Sequoia sempervirens) in California that was measured at 115.85 m (380.1 ft), which ranks it as the world’s tallest known living tree. Hyperion is not just tall, but a true survivor, living on a hillside, rather than the more-typical alluvial flat, with 96 percent of the surrounding area having been logged of its original coast redwood growth. 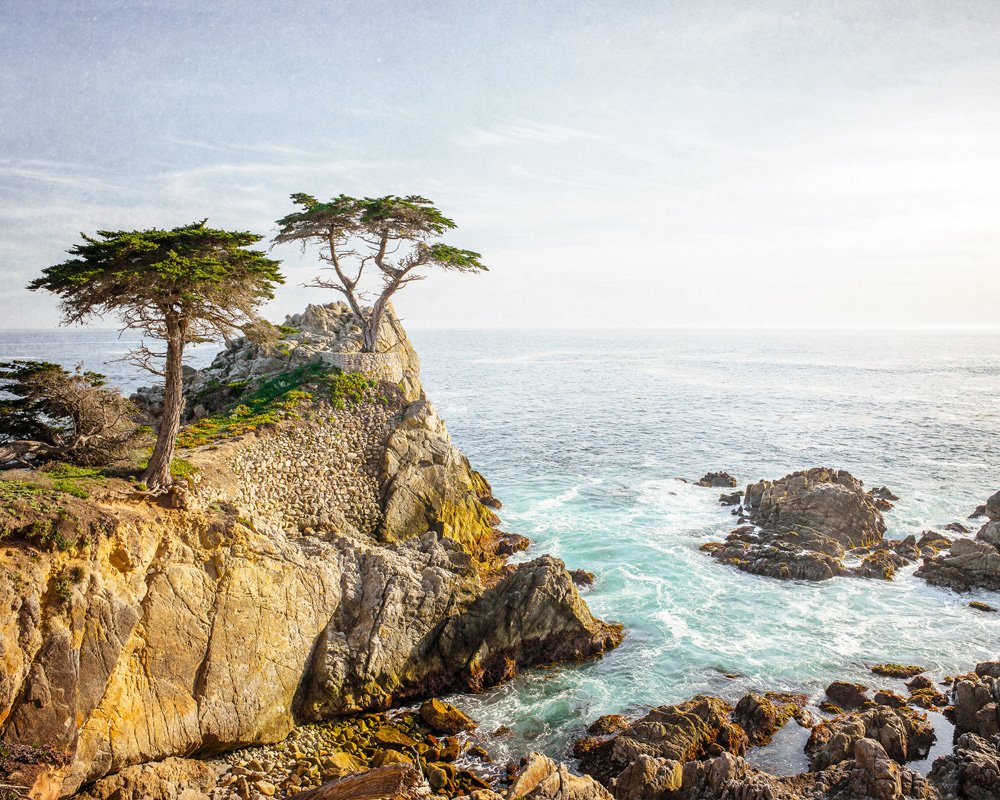 The most photographed tree in North America.

The Lone Cypress as the ideal embodiment of Pebble Beach Resorts. “Morse saw the solidity of the rock, vaguely reminiscent of Gibraltar, yet with the life of a rugged tree, native only to this area, clinging with tenacity above the power of the ocean.  It stands along famously scenic 17-Mile Drive, raked by wind, swaddled in fog, clinging to its wave-lashed granite pedestal like God’s own advertisement for rugged individualism. 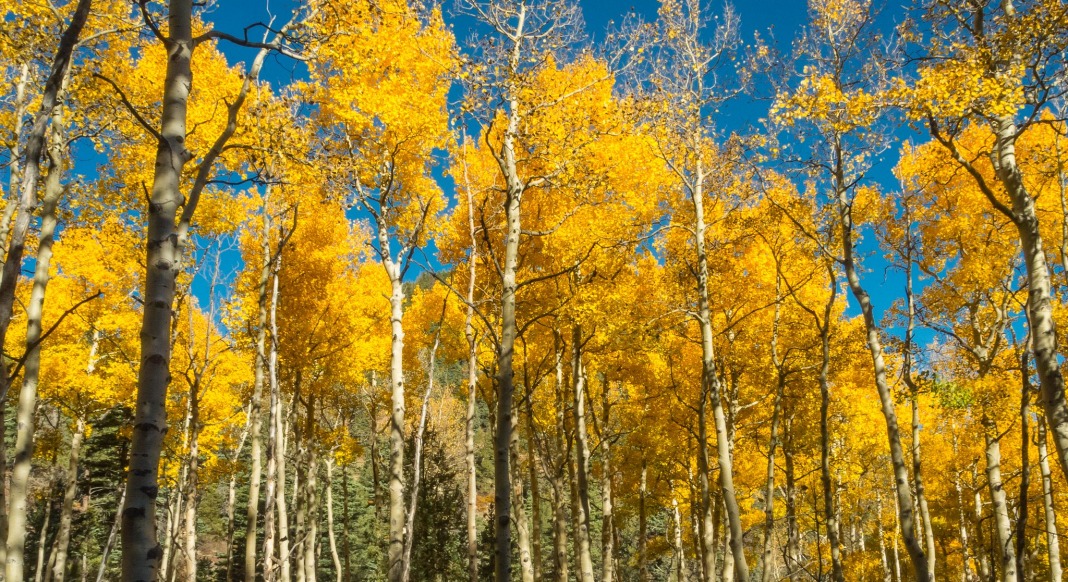 Pando also known as the trembling giant is a tree colony in Utah that is actually a single organism.

It is a clonal colony of an individual male quaking aspen (Populus tremuloides) determined to be a single living organism by identical genetic markers. And then to really put things into perspective, consider this: Scientists estimate Pando to be anywhere from 80,000 to one million years old, making it one of the oldest, if not the oldest, living organism on the planet.

Seven Sisters Oak, located in Mandeville, Louisiana, is a notably large southern live oak in Louisiana. The tree was originally registered at the Live Oak Society as “Doby’s Seven Sisters” (No. 200) because the Doby family owned the property where the tree was located and Mrs. Doby was one of seven sisters. 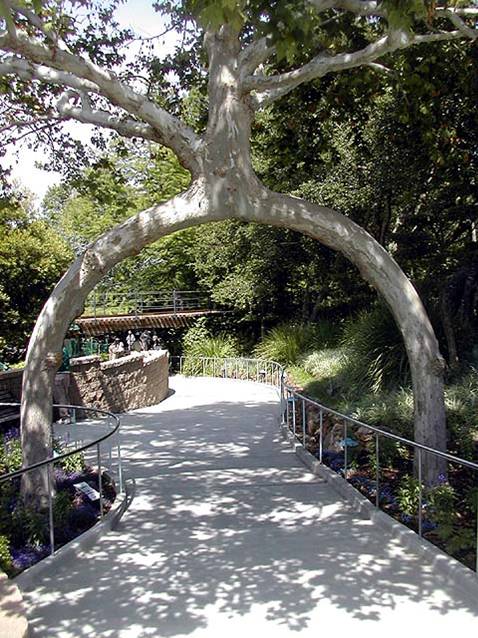 A folk art haven for the arboreal set.

The Circus Trees were originally grown and created by Axel Erlandson, born in 1884 to Swedish parents it might seem that bending trees into submission may not have the tree’s best interests at heart,

Axel Erlandson having studied trees closely, he began shaping them according to the natural process of inosculation, in which tree branches naturally unite. With a combination of grafting and bending to coax the trees into whimsical form. He relocated the trees to their current spot, Gilroy Gardens, in 1985; 25 of Erlandson’s original trees can be visited there – and talked to! – including his first, the “Four Legged Giant.”